The Android's Guide to NaNoWriMo

I love an impossible challenge. Some of the hardest things to achieve not only give the biggest rewards, but the journey alone can many times be satisfying. To a writer, one of the biggest challenges one can attempt is to write a novel to completion. It’s a long and arduous process that many people fail at. And one of the most insane ways of writing a novel is to join NaNoWriMo and write the entire thing in a month. Yes, the goal is to write a novel in a month. Crazy, right?

For those of you that don’t know what NaNoWriMo is, it stands for National Novel Writing Month, and it takes place every November. The goal is to write a 50,000-word novel in a single month. I have attempted it three times and though I did not win every time, I still got a lot out of it, and I made it to at least 40K words each time I participated. There are write-ins in person, chat rooms, and forums surrounding the competition and I have always found interesting and supportive people in the community.

A 50,000-word novel is rather short compared to most contemporary works, but some of my favorite novels fall right into this range, including two of my favorites, The Hitchhiker’s Guide to the Galaxy by Douglas Adams and Fight Club by Chuck Palahniuk. You don’t have to stop at 50,000 words, though. I started my most recent novel, You’re All Going to Hell: A Love Story during last year’s competition. I fell short by 6,000 words, but over the three months after November, I finished the novel at a whopping 90,000 words.


It sounds like an impossible task, but if you break it down it only comes out to 1667 words a day. Most people, depending on typing speed, can pump that out in just a few hours. It’s not about writing an insane amount on one day but instead it's about finding time and motivation to write every single day of the month. That’s the hard part, because every writer has those days where they just don’t feel like they can put the pen to the page.

Writers think they have to have that feeling of motivation, that muse, that inspiration to be creative and write a masterpiece. On those days, you have to just push through it. On those days, everything I write sounds like trash and I feel like a hack. But when I go back to it the next day, week, or even at the end of the month, it’s many times those days that I create some of my most memorable scenes. You can’t let how you feel dictate whether or not you write, because your brain is a liar.

If you have any sort of depression, including seasonal depression, which always starts to kick in this time of year, you have an even more arduous task ahead of you. You have to ignore that voice in the back of your head that says everything you write is drivel. You have to push through and understand that how you feel does not dictate your ability to create, but it can dictate your ability to sit down and write. Once you defeat that demon, you can create masterful worlds for others to enjoy.


The Party Starts at Midnight


It all kicks off tonight at midnight, and I’m very excited to get into it this year. I am writing my first historical fiction, but if you know anything about my writing, it will be anything but normal. It’s also speculative fiction and satire. It’s set in both modern times and 16th and 17th century Italy and follows a fictional version of the Capuchin Monks, known for the Capuchin Crypt in Rome. The crypt is one of the most beautiful things I’ve ever seen, but it’s not for the faint of heart. I had the privilege to visit it last year and it had a big impact on me. I just had to include it in this year’s novel.

Good luck to all my fellow Nano participants! It's a tough thing to attempt, but the destination and the journey are worth it. See you on the other side! 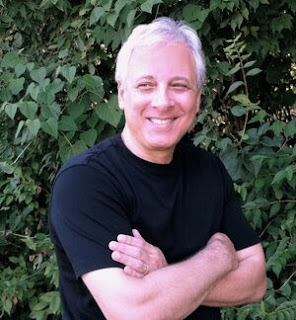 As a screenwriter Mark Valenti has written over 200 hours of television, mostly for children and families, ranging from Rugrats to Disney TV movies. He writes TV movies for Lifetime and Hallmark and he has authored several books, including a YA trilogy that came out in 2018, called The Wolf and the Warlander. In this episode, we discuss: Writing for a living vs. writing for passion or personal satisfaction. Process of creating a script, the best way for newcomers to learn how, where ideas come from, etc. Origins of his desire to become a writer. Writing the world’s most expensive children’s TV show in the middle of a lava field in Iceland. And more! 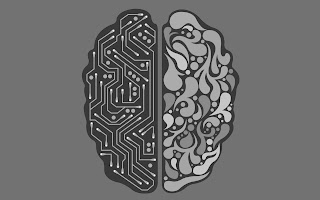 During my early adulthood, I decided to reshape myself. I needed not only new hardware, but also upgraded software. I didn’t want to be what my parents and my environment had created. I worked on everything about myself that I could, attempting to change the code that dictated how I interacted with humans on a daily basis. One of the things I struggled with the most was talking to new people. I didn’t trust anyone and assumed every person I met was going to be a violent asshole. I still struggle with social anxiety, but along the way I found some techniques to not only hide it, but I even found some ways to thrive in social situations. One of the most important skills I want to teach you is how to talk to humans. Reinventing yourself means rewiring your brain. Try not to reverse the polarity when fiddling around in the cerebral cortex. I hear it can have interesting results. As an adolescent, I never understood why everyone wanted to talk about the most inane topics. I made