on July 30, 2018
During my early adulthood, I decided to reshape myself. I needed not only new hardware, but also upgraded software. I didn’t want to be what my parents and my environment had created. I worked on everything about myself that I could, attempting to change the code that dictated how I interacted with humans on a daily basis. One of the things I struggled with the most was talking to new people. I didn’t trust anyone and assumed every person I met was going to be a violent asshole. I still struggle with social anxiety, but along the way I found some techniques to not only hide it, but I even found some ways to thrive in social situations. One of the most important skills I want to teach you is how to talk to humans.


As an adolescent, I never understood why everyone wanted to talk about the most inane topics. I made friends at the tail end of middle school and they would flirt with girls and talk about their favorite colors or favorite musicians. The girls would ask me my favorite color, and I would just say "I don’t give a fuck. It doesn’t matter. Green maybe?"

I was a delight to be around, I'm sure. I just didn’t understand why they wanted to know such a trivial thing. I understand it now. They were just trying to connect.

After almost everyone I loved either moved away or died by the end of 9th grade, I dropped out of high school and got my GED. I lost everything and saw no reason to continue. School was easy, but I didn’t care, so I didn’t try. I saw no benefit, because I didn’t think there was a chance I would ever attend college. Because I was so depressed, I saw no future in life. It’s funny. I actually got “academic recognition” on the GED, which to me is a silly thing to have for a test drop-outs take, but I’m glad I took the test. Years later, I attended a community college with funding from a Pell grant. Luckily, my parents were crazy enough to never save anything, so I was able to get free money for college.

It was in college that I took an interpersonal communication class. I learned the structure of conversations on a mechanical level. I studied it closely, because it was weird to me and I envied those that could do this “small talk” without a second thought. People were weird to me. People did this jibber-jabber with ease, but it never came easily for me. Any time I met someone new, I would freeze up and have a panic attack. It didn't matter how nice or welcoming the person acted.

After looking at conversations from a scientific point of view, I finally understood how they worked. With this knowledge, I taught myself how to have a conversation. My method was simple. I simply asked other people questions about themselves, yes, sometimes including their favorite color. I still didn’t know why I needed to know it at this point, but I challenged myself to try. Mostly because I wanted to get laid, and doing so would require being able to talk to women I didn’t know. They rarely let you put it in without a conversation first.


At Kapiolani Community College in Honolulu, I found the perfect environment to practice. The cafeteria was always busy at lunch time, with every table occupied, so people sat with others they didn’t know. I decided I would ask to sit at people’s tables, or let other people sit at my own. Just asking to sit with people gave me a panic attack every time, but I had prepared questions that always worked with college students, so it made it a little easier. I asked their major, why they chose it, where they worked, if they liked their work, where they came from, and a few other basic questions. The list grew over time, but having the list was integral to my method.

Some people didn’t want to talk and would instead read or just eat in silence. Others, when asked questions about themselves, lapped it up.

Here’s the secret: People LOVE to talk about themselves. They eat it up like manna from the gods. Most people are narcissistic and feel they should be a celebrity, no matter how boring or uninteresting their lives are. Social media is popular for a reason. Because of this personality quirk, people love to answer questions about themselves.

As soon as you take an interest in people, most of them warm up. If you warm up as well, and find things they say interesting, it eventually stops being an interview and starts to become a conversation. I just had to learn to relax and let it flow.


I still have terrible social anxiety. I still feel overwhelmed in large groups of people, but sometimes I can turn that feeling into nervous energy that fuels my sense of humor. I still feel like an outsider, which is why I am drawn to other people that are also part of the broken, the heathens, or any other minority that dealt with a similar struggle. I know they understand me, or at the very least they have the capacity to empathize.

Sometimes I still just ignore people in large groups, out of anxiety. I’m sure they assume I’m an asshole, sitting at the back, avoiding eye contact, arms crossed. Again, I am a delight to be around. Other times, I am the life of the party, talking to people, tossing out lots of jokes, and involved. Sometimes people can’t tell I’m an introvert, because I’ve gotten good at faking it. I can turn it off and on at will, depending on my mood and the size of the group. In smaller groups I do a lot better.

This is only a glimpse into human conversation, but I hope to go into more detail in the future.

If you also deal with social anxiety, I hope this method helps. If I hadn’t started doing this in my early twenties, I never would have met my wife and created a new sentience, my daughter Olivia. I’m glad I figured it out, and I hope you can too if it’s something you struggle with. Talking to humans can be emotionally exhausting, but it’s worth it. If you also deal with social anxiety, feel free to share below how you have learned to push through it or how it affects your daily life. 😉

The first full episode of my new podcast is up! It's called the Helheim Podcast. In the first episode I speak with Editor Meghan Pinson about editing, outling, indie publishing, and really anything I feel like. This is actually the second episode, but the first one is simply a primer explaining what the podcast is about. You can check that one out below as well. You can find Helheim on iTunes, Google Play, Spotify, Podbean and plenty of other places if you wish to subscribe.

Meghan Pinson provides expert editing, engaging critique, and fearless consulting to
authors of novels and nonfiction manuscripts through her agency, My Two Cents Editing.
She specializes in story development and author education.

Listeners can get a sneak preview to My Two Cents Editing's Indie-Publishing Workbook by
emailing meghan@mytwocentsediting.com.

Here is the intro podcast if you are curious about why the podcast is titled Helheim: 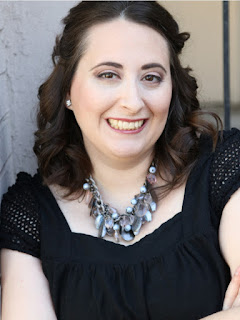 Jessica Mathews on the Helheim Podcast

In this episode, I talk with Jessica Mathews, author of children's books and adult fiction. We discuss, among other things, writing, swag, conventions, marketing strategies, and even sphinx cats and Keanu Reeves. Such a whirlwind of an episode!


For for info on Jessica, check her out at www.jessicamathewsbooks.com.
To subscribe, check out Helheim Podcast on Podbean, Apple Podcasts, Google Play, and Spotify. 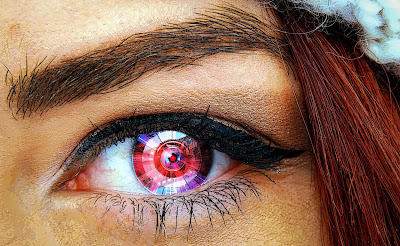 Apparently I'm Dutch and I Didn't Even Know it: The Android's Guide to Bespreekbaarheid

The Dutch have a term called 'bespreekbaarheid.' It's the belief that you can be straightforward and direct when talking about anything. Anything, with anyone. From life, death, business, romance and divorce, health and even mental health, or any topic you might discuss with a close loved one, or even someone you just met at work for the first time. The need to sugar-coat things and skirt around what you really mean only impedes the flow of honest communication and leaves openings for misinterpretations and misunderstandings.

I prefer to be blunt with people. Apparently, I was just being Dutch. Blunt doesn't mean aggressive. It means being willing to be vulnerable and honest, about the good and the bad parts of life. I can share my achievements and my failures. I can revel in my friends' achievements and mourn along with them in their failures, and I can tell them honestly if they're hurting me, others, or even themselves. If I ask you how you are doing and y…